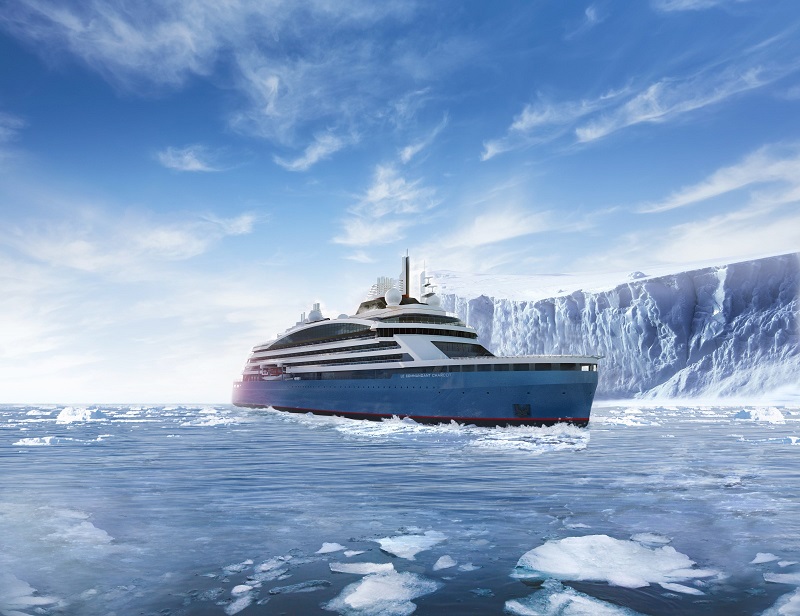 For the very first time, PONANT invites you to discover the most emblematic but also the remotest sites of the mythical North-West Passage.

Aboard the Commandant Charcot, the first hybrid electric polar exploration ship, relive the polar adventures of previous generations of explorers at the heart of this vast labyrinth of icy channels, exploring the three main routes that allow the North-West Passage to be crossed.

Leaving from Reykjavik, you will sail along the south coast of Greenland, before reaching the Hudson Strait, named after the English sailor Henry Hudson, who mapped it for the first time in the early 17th Century.

Then you will chart a course towards the Fury and Hecla Strait, named after the ships of the explorer William Parry. Constantly covered in ice, this seawater channel, some 1900 metres wide at its narrowest point, represents an impassable obstacle for most ships. When you enter the passage, you will have the privilege of visiting Igloolik, an Inuit village that was only discovered in 1822.

A little further on, the Bellot Strait will offer you a unique sailing experience, in the midst of countless icebergs. You will then sail along Banks Island, famous for the wreck of HMS Investigator lying off shore – the ship was tasked to search for Sir John Franklin's lost expedition, but also for its national park, which is home to extremely rich fauna.

We are privileged guests in these extreme lands where we are at the mercy of weather and ice conditions. The itinerary, landings on certain sites and the observation of certain wildlife cannot be guaranteed. They vary from day to day, making each PONANT cruise a unique experience. The Captain and the Expedition Leader will make every effort to ensure that your experience is as rich as possible, while complying with the safety rules and instructions imposed by the AECO.

Reykjavik, is the capital of Iceland. It is the country’s chief port and center of its cod fishing industry.

Founded in 874 A.D., it is the home of the Althing, or Icelandic parliament, the oldest in Europe. The city’s heating system uses nearby hot springs. Reykjavik was the site of 1986 disarmament talks between the U.S. and USSR.

1. The rates of our cruises are per person and include the following: All meals while on board the ship (from dinner on the day of embarkation to breakfast on the day of disembarkation) Captain’s welcome cocktail and gala dinner Mineral water, tea, filter coffee, a selection of white, red and rosé wines offered during meals; afternoon tea Evening entertainment and events Luggage transfer from pier to the ship and vice versa Room service 24h (special selection) English speaking lecturer on selected sailings. Water sports activities (except scuba diving) using the ship’s equipment, when permitted by local authorities and confirmed by ship Master according to safety and sea conditions onsite Open Bar (pouring wines, house champagne, alcohol except premium brands…list available upon request).

Any ground services before and/or after the cruise other than the ones mentioned in each “Cruise & Flights” package and for which details are available upon request.

Optional Spa package to be booked prior your departure; please ask for more information Optional shore excursions.
Beverages other than the ones mentioned.
Laundry services, hair salon and à la carte Spa treatments Personal expenses, on board medical consultations and drug prescriptions.
Gratuities (included only in cruise package sold in US/Canada).


Cancellation/luggage/assistance/repatriation/medical insurance(s) Visa fees, if applicable It is essential not to forget to bring with you your binoculars for a good fauna observation. Please do not forget to bring your medical certificates when it is required to participate in an expedition cruise.

Click on the buttons below to request a quote on this deal or contact us directly with further questions or comments.

Request A Quote Send To A Friend Have A Question? Contact Us

Send To A Friend